Why Ticketing NFTs with Curios will Change the Game 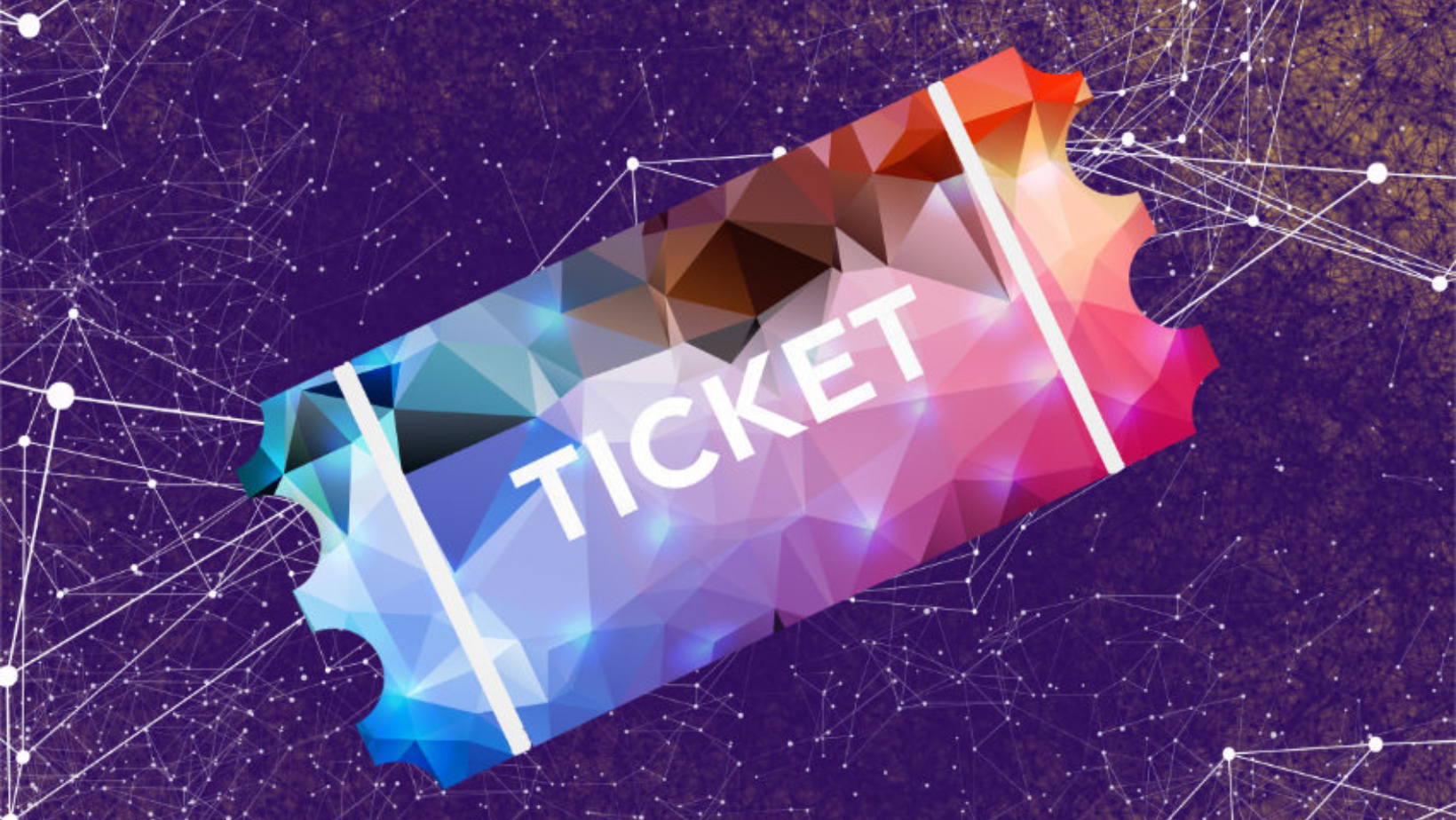 More important, with our push button deployment system, we can get you up and running in a matter of hours.

No hiring expensive blockchain developers. No building new website integrations. None of that.

Instead, our intuitive interface allows you to sell NFT-based tickets in a direct-to-consumer website interface. In short, you get the benefits of traditional, Web 2.0 ticketing services (like TicketMaster and EventBrite), without the hassles or profit draining fees.

Here’s a breakdown of how we can help.

As it stands today, there are multiple pain points consumers face as part of the event ticketing process.

One of the first and most offensive is ticket fraud. According to reports, as many as one-in-eight people (12%) who buy event tickets end up getting scammed. There are multiple reasons for this, from scalper fraud to sellers who accept payment but never mail the original ticket.

With Curios NFT-based ticketing, however, fraud becomes a thing of the past.

NFT technology creates a chronological and unalterable chain of custody, verifying the authenticity of a ticket becomes dead simple: The buyer either has the NFT (ticket) in their wallet or they do not.

Further, because blockchain technology cannot be hacked, tickets cannot be falsified or duplicated. Instead, the NFT ticket itself provides the information buyers need to verify the authenticity of a ticket before making their purchase (whether they’re buying it first-hand or on a second-hand marketplace).

Beyond solving the glaring pain points existing customers face on a regular basis, engagement of attendees after an event is non-existent and largely impossible.

However, thanks to Curios NFT Ticketing services, the end of an event can be the beginning of a much longer journey.

Unlike paper or even digital tickets, NFTs are a hybrid between a digital file and a digital folder.

Meaning, in addition to hosting event data (the ticket itself), organizers can “airdrop” (aka deposit) a variety of new files into the NFT itself.

Files consumers can access before, during, or after the event.

As an example, after an event, a performer could drop a professionally made, custom edited recording of the event into a VIP ticket holder’s NFT.

From there, the only people who would be able to access that video content would be the VIP ticket holders themselves (lending an air of exclusivity that is not currently possible with paper or even digital tickets).

As you can imagine, the options here are limitless.

Because in addition to video content, one can drop photos, audios, text files and even QR codes for future, real life events right into the NFT.

And because NFT-based tickets cannot be forged or duplicated, organizers have full control over who does and does not get access to any files that are airdropped (deposited) into a buyer’s NFT wallet.

In 2019, it was estimated that 42% of ticket purchases were made by automated bots. A trend that, at the time, was increasing by 12% per year (leading experts to predict most ticket buyers would be non-human by 2021).

Sadly, many of these “flippers” turn around and attempt to resell their tickets at exorbitant prices.

The problem has become so endemic - and the ticket prices so outrageously expensive - high profile celebrities like Adele, Taylor Swift and Bruce Springsteen have taken aggressive public stances against reselling (known as Touting).

With Curios NFT Ticketing services, however, reselling can be eliminated entirely (or reduced to legitimate, case-by-case basis situations only).

This is because NFT-based tickets are built on top of blockchain smart contracts.

Unlike digital or paper tickets, these smart contracts can be programmed to follow a strict set of rules.

As an example, one could program a ticket (NFT) so that it cannot be moved from the original buyer’s wallet.

In essence, this eliminates the ability to resell a ticket as it means the original buyer cannot transfer the ticket to someone else.

Further, event organizers can use smart contracts to cap the price of a ticket.

In doing so, they could eliminate (or drastically reduce) how much profit a flipper could make (thereby eliminating the incentive to flip tickets in the first place).

As an example, most industry conferences still use laminated, color coded name badges to indicate one’s levels of VIP access. Badges that can easily be shared between multiple attendees or even forged.

With Curios NFT Ticketing Services, however, event organizers can control and track the distribution of VIP tickets while allowing door monitors to rapidly scan a person’s phone upon entry.

Further, the same process can be used to reduce the outdated and laborious process of manually verifying entrants using names and IDs (for example at an exclusive nightclub).

In 2017, ticketing company Technavio estimated the second-hand scalping market was worth over $15 billion dollars (at the time, the online ticket industry itself was worth $47 billion).

And while many of those sales were made by flippers using automated bots, a substantial portion of the market includes legitimate fans reselling their tickets.

From unexpected illnesses, to offloading sports tickets when a team’s having a bad year, there are a variety of reasons a legitimate ticket holder may want to resell their ticket.

As it stands now, neither performers nor event organizers profit one single penny when a ticket is resold.

However, with Curios, NFT-based tickets can be programmed to include an ongoing sales royalty (the default is set to 3%).

Because of that, event organizers are now able to earn additional revenue anytime a ticket is resold on the secondary market. Further, if a ticket becomes a collector’s item, event organizers will continue to earn royalties on any sales of that ticket in perpetuity.

As most every business owner knows, true profit is generated on the second, third, and fourth sale.

Unfortunately, the current ticketing environment makes it difficult for event organizers to capture the contact information they need to market to fans / attendees on an ongoing basis.

Instead, sites like TicketMaster and StubHub gain that valuable contact information while leaving organizers in the dark.

With Curios NFT Ticketing services, however, event organizers are put back in control.

Because NFTs are hosted on a publicly visible ledger (the blockchain), there’s no need for middleman services like TicketMaster.

Instead, organizers can sell and transfer tickets (NFTs) using their Curios website. And because organizers control both first-hand and second-hand sales, the buyer’s contact information is captured on an ongoing basis (as part of the purchase / payment process).

While blockchain technology can be highly complex, Curios Ticketing Services are push-button simple for both consumers and organizers.

First, organizers / promoters are able to configure all of the above and more using our intuitive interface.

From there, Curios technology integrates with your existing domain to create a simple ticket sales website.

The website works similar to how most e-commerce sites work, allowing users to search for the ticket they’d like before purchasing. From there, payment can be made using credit or debit cards, Mollie, cryptocurrency or bank / ACH transfers.

After payment is completed, the NFT ticket will be deposited into the buyer’s Curios, NFT wallet. Similar to paper and digital tickets, the NFT will contain their seat number, section, etc.

From there, each ticket contains a QR code to prevent fraud / duplication while authenticating the validity of the ticket. At the event, employees can scan each attendee’s QR code using the Curios web app (which functions exactly how today’s current QR code apps work).

As soon as the QR code is scanned, our system will mark the ticket as “Used” on the blockchain, making it impossible for anyone to enter using that particular ticket.

Last, the consumer will have permanent access to the NFT ticket in their wallet, allowing organizers the ability to airdrop (deposit) digital files into the buyer’s wallet before, during or after the event.

For more information on how your organization can use Curios NFT Ticketing services to improve the consumer’s experience, enhance security protocols, and generate additional revenue, please contact Curios to request a demo now.